Oxford Dictionary describes the noun Fusion as “the process or result of joining two or more things together to form one”. I believe that this word perfectly encapsulates Horizon Zero Dawn. It’s a game with a world that the developers describe as “post-post-apocalyptic”. A world where tribal beliefs combine with ancient machines and technology. A smart home speaker would be known as the “ancient voice” or a “ghost of the old ones” in the lands of Horizon.

A world of mystery

What sparked this new world is a mystery for the player to solve and the mysteries are revealed by speaking with the local tribes and viewing ancient yet futuristic holograms accessed by an A.R technology called the focus. The protagonist is Aloy: a girl rejected by the tribe of Nora and raised by a fellow outcast. With her discovery of the aforementioned Focus, she finds an attachment to the civilisation that lived before her. It is a closeness that she rarely finds in her current life.

This prologue serves as a great introduction into highlighting the fusion of Horizon Zero Dawn: the ancient technology, the tribal girl. Even when Aloy grows older, she still faces rejection. Walking around the tribal capital cities, I could hear rival tribe members mumbling about “the outcast” (that’s Aloy). The story here is excellent and whilst it does take a little momentum to fully get going, once the narrative reaches full velocity, it’s an excellent time with a non-stop barrage of realisations and discoveries. I went into this game with no prior knowledge of the story and I recommend that you do the same.

The game takes place in a massive, diverse open world. From lush jungles to vast deserts, there’s a real natural beauty where instead of seeing wandering, grazing animals, there are metallic machines with movements that resemble that of an animal. I loved seeing these design such as the chicken-like longlegs on patrol as I travelled across the lands. Graphically, on my RTX 2070, the game looked stunning with beautiful lighting effects and detailed enemy textures and design.

Performance-wise at ultra-settings I mostly did not dip below 60 frames per seconds. I say mostly because strangely enough, I had some frame rate fluctuations in the first hours of the game. I feel that this can be very off-putting for players seeing how their PC copes during the 2-hour steam refund window. In between the vast natural landscapes are the many epicentres of the Tribes. In these settlements, you can stock up on new armour or upgrades.

A Bow is the Way to Go

Aloy has access to different weapons and traps and although there were abilities such as the Tripcaster, I mostly found myself using Aloy’s melee spear and bow/arrows. There are different types of arrows on offer. These must be crafted by utilising enemy drops and natural items like sticks and twigs. There’s a typical skill tree that I often see in open-world games. This allows the player to upgrade in areas that best fit their style. I liked upgrading my “override” abilities, allowing me to take control of the wandering machinery and travel on them like a trusty steed.

I enjoyed the combat of Horizon Zero Dawn, especially liking the slow-mo effect when pulling back the arrow before release. This was great for lining up the arrow before getting a perfect “bullseye” in the enemy’s weak spots. While there are the smaller enemies wandering their lands, in specific missions’ ginormous hulks of metals come in for attack. In these moments, I found fellow tribe members helping me with bringing these enemies to the ground. Coming in close to the enemies, I managed to get a few heavy melee attacks before being launched away, usually with some memorable ragdoll physics.

A Trip to the Frozen Wilds

The complete edition of Horizon Zero Dawn also includes the Frozen Wilds expansion which features a new area which unsurprisingly is frozen over and covered in snow. Throughout this new area are a variety of new missions and side quests. I loved the compact campaign of Frozen Wilds and especially enjoyed its’ climatic ending. Again, like in the main campaign of Horizon Zero Dawn, the writing and narrative here are excellent with its well-written relations and rich lore to the world.

Good things on the Horizon

Overall, Horizon Zero Dawn Complete Edition offers a stunning experience with its rich world design and lore, excellent bow-and-arrow combat and a real commitment from the developers in ironing some of the initial bugs and issues that came with the game’s PC launch. With a sequel announced for the PS4 and PS5 next year, good things are certainly on the Horizon. 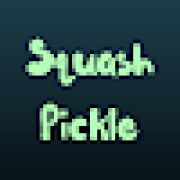 UnEpic – Is quite epic